March On Out There!

It’s March. Yes!!! November, December, January and February are in the rearview mirror! Though the first day of Spring isn’t officially here for a few more weeks, it’s starting to feel like it already is here in Omaha. Hurray! So, what does that calendar page turn from February to March mean? Glad you asked…

1. It means we can get outside a LOT more. I don’t know about you, but cabin fever really starts setting in by the start of February and 40 degrees in March feels like 75! Running outside in shorts is once again a “thing.” Cycling outside can become a regular activity again even if you need a couple of layers. No problem, right?

So, get outside and get some fresh air and sunshine. It’s true that rain is coming if the old adage, “April showers bring May flowers,” is true, but that’s OK. Winds? You bet. Omaha is incredibly windy in March and April. Statistically, more than the city with that name – Chicago, the Windy City. Which brings me to…

2. March means you get the wonderful opportunity to work out in hurricane-type winds. Seriously, even running outside sometimes around here in the Spring feels like you’re going to get blown to Kansas (north wind) or Canada (south wind) let alone when you’re cycling. Remember this – THE WIND IS YOUR FRIEND IN TRAINING!

That’s right. Battling the wind will only make you stronger for race day. Simply put, it’s just more resistance! Now, I realize it’s about as much fun as a root canal, but, it’s good for us! Battling a 20+ headwind on a ride is indeed the worst, but, in the long run, you’ll turn into a cycling monster. Don’t curse the wind, embrace it! I can remember training for the 172-mile bike race back in…2011, I think. The race was in May. So, I’d do super-long training rides north/south on the race course in March and April and there were times I just had to completely stop and laugh. The headwinds were unbearable. But they prepared me for race day and on that day, I was glad they had blown so ferociously in the weeks leading up to the race.

3. This is the time of year to be sure your gear is in good working order. Pull that wetsuit out of the closet and take a careful look at it. Try to remember the last time you got a bike tune-up. How many miles really, are on those favorite running shoes? Are the cleats on your bike shoes wearing out? Give a good A-Z examination of your critical gear so you don’t get caught up short the night before your first race of the season, only to discover issues.

4. Is it safe to assume you know what your “A” race is this year? If not cause you’re newer to the sport, it’s THE race. It’s the one in which you want to really do well this season. You build your season around THIS race. Typically, they are in the second half of the season but not always. Your training plan is set up in such a way as to maximize your races and all the training work so that you peak at just the right time. A strategic race schedule that is carefully planned and meshed with that plan can help you nail your goal race. If you’re not sure how to do this, don’t hesitate to give me a shout because I love annual training and race planning.

There you go. You have your MARCHing orders. February is over and race season is just around the corner. Think about these four items and get ‘er done! It’s the perfect month because time MARCHes on! 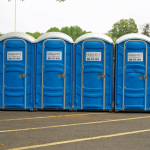 The Ugly Underbelly of Triathlon 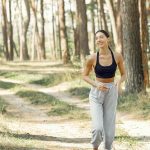 Our New Normal, For Now…