So, let’s say you’re a high school swimmer. (Maybe you were. Most triathletes weren’t.) You’ve got a big swim meet coming up. The State Championships. Your BEST event by far is the 100 free. It’s the last event of the meet.

You have a decision to make. Specialize? Focus? Save your strength? Target THAT event and try to become a State Champion? Or, also swim the 50 free, 200 free, and a couple of other events and hope you land on the podium for at least one of them.

What will you do?

In both pictures, you have to choose to either save all your strength and mental reserves, unleashing them on the one thing you really want – becoming a State Champion athlete. Or, race multiple events, trying to place in the top five or ten in the other events, and hope…just hope that you have enough to still win your best event.

I’m going somewhere with this so hang with me. In 2013, USAT Nationals were in Burlington, VT. In 2017 they were here in Omaha. The 2018 USAT Duathlon National Championships were in Greenville, SC. In the two Triathlon Nationals, there was an Olympic distance race on the first day, followed the next day with the Sprint distance race. Some of you were there and raced. At Duathlon Nationals there were actually four races, two each day on back-to-back days.

Many athletes, some of them really good, did both tri races. Some of the best guys in the nation in my age group did both including a multiple-time Ironman World Champion. In the 2018 duathlon, one guy was a multiple-time National Champion and a multiple-time World Champion. That guy had signed up for three of the four races. I’d face him in his third – the non-drafting sprint race. He won the first two and added two more national titles to his incredible resume.

At the 2013, 2017 and 2018 National Championships, all of the guys who had raced the day before in other races, lost on the second day…to me. You might say, that they would have been fresher and beaten me if they hadn’t raced the day before. Maybe they would have. We’ll never know.
The top guys tried to win two+ national titles. All but one or two of them didn’t win anything! I actually was tempted to do multiple races at one of those championships but…I decided to focus. I picked one. I trained specifically for that one for months.

FOCUS! It’s February and, assuming we’ll have more of a normal race season this year, you should be laying out your tentative race schedule and picking your one (or two max, spread out) “A” races. Build your season around that race. Put “B” and “C” races in your calendar and use them as practice races and great workouts. If possible, have multiple races at your “A” race distance to nail your pacing, nutrition, etc., ahead of time. (Probably not possible at the Ironman distance.)

You can try to race at peak level and do great in every race you do, or pick ONE that you really want to kill and strategically, patiently plan and train for it. It might be a new longest distance race for you. It might be trying to get on the podium for the first time. Maybe to set a new, fastest-time at a certain distance. Maybe to qualify for Nationals or make age-group Team USA and go to ITU or Ironman World Championships.
The point is this – you can be that swimmer or track athlete that races multiple events at your meet, or, you can specialize and zero in with laser concentration on that ONE race and perhaps achieve what you never thought possible.

I know one thing. If I’d raced multiple races/days at any of those National Championships, I would have won exactly zero of them. That’s the power of focus. Orville Redenbacher said, “Do one thing and do it better than anyone else.” He did one thing. Popcorn. Not popcorn plus anything…no other snack foods, just popcorn.

Do you want to be “the Jack of all trades, master of none?” No. Master something! If I tried to be good/great at all four main distances in triathlon believe I wouldn’t be very good at any of them. Each takes a unique approach and training plan. Finally, there’s a Russian proverb that says, “If you chase two rabbits, you’ll not catch either one.” Which rabbit…which ONE rabbit will you be chasing this season? Focus and go get ‘em!

If you’d like any help in strategizing your season, setting your race schedule, and nailing your “A” race, feel free to give me a shout. I’d love to help. 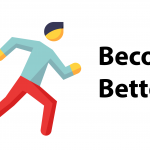 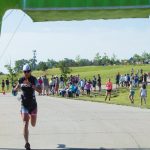