Look Back, Reflect and Learn 

Most of us are done multisport racing for this year. Many are in full-blown off-season mode. I am. What’s the best thing to do in November? One of them is to take time to reflect on each race you did and summarize in just a few sentences what you learned. Let me demonstrate:

March, Clash Miami 70.3 – Don’t underestimate an early season long race mostly due to the 13.1 mile run. I didn’t get in enough run training over the winter to feel strong the whole time and ran out of gas at about mile seven. It was ugly from there on. Ended up second in my age group. Not a huge race number wise.

May, Chattanooga 70.3 – Just because the year before was really hot, way above normal temps, don’t plan on the current year being normal temps. ’21 the race was blazing hot WAY above normal temps in the low 90s vs. 70s for the high. Guess what? Yeah, same this year. Melt down. Got third in my age group.

June, Race Omaha Ethan Rhodig Memorial Triathlon – Listen to ALL prerace instructions even if you’ve done the race before. I missed the change in the run course. Previously it was an out and back course.  This year it was once around the lake. I got to around the 1.55 mile and I was wondering where the turn-around signs and people were. I turned and ran back. Should have kept going around. Pay attention! Got a penalty but ended up second overall.

July, Kansas City Tri – Don’t race if you have an injury or even a little niggle. I had a very slight strain in my calf on a run four days before this race. So, I rested for three days and then raced an Olympic. “It’ll be fine,” I told myself. Dumb! I further strained my calf, plus, I missed a turn on the run route. Yep, that’s  two races in a row I took a wrong run route. Sheesh. Still won the dinosaur division.

August, Boulder 70.3 – Don’t wear socks in which you’ve never raced. “Yeah, but I’ve worn them around the house and out during the day.” Doesn’t matter. Do nothing on race day you’ve not done in practice or other races before. I stopped to lube my feet and lost a couple of minutes. Missed second place by a couple of minutes. Got third in my age group.

There you go. I’m reminding myself of some stuff that’s important as I look back, reflect and learn. So go back through your races and do the same. Next year you’ll probably be glad you did. Happy Thanksgiving! 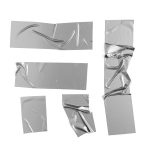