How to KILL The Bike Leg

The famous (or infamous) Lance Armstrong’s first book is titled, “It’s Not About the Bike.” It was a pretty good read for me back in the day, before his fall from grace. When it comes to triathlon, Lance’s title could not be further from the truth.  (I know he wasn’t writing about multisport racing.) If triathlon is about anything…it IS about the bike. Am I saying that because I personally enjoy the bike leg the most of the three disciplines? Nope. Am I saying it because it’s my best/fastest leg in a triathlon? Nope.

The proof is found in simple numbers. In most triathlons, the bike is half the race. It’s usually half the total distance and if you check the splits in the results, you’ll find it typically matches the combined time spent swimming and running. So, which of the three sports should you work on the most in your training? It’s a no-brainer. That’s not to say that if you’re a poor swimmer or runner or both, you shouldn’t work towards serious improvement in those disciplines, but a phenomenal cycling leg can cause you to blow past the swimmers who exited before you and put some time on those runners who’ll be coming after you post T2. Here are a few ideas to keep in mind if you want to nail that bike leg

1. Training. Mix it up, but be specific. Meaning…rotate through several different kinds of workouts that tax different physiological systems. I have about 5 primary workouts I rotate through. I do the long, zone 2 . I do the hill-attack / hill repeat ride. I do time trialing. I do short, medium and long interval workouts and also tempo rides. Each of these works this ‘ body in different ways that benefit me on race day.

Having said that, be specific. Bike training will obviously look very different if training for a sprint or Olympic vs. an Ironman. With short-course racing, there will be a ton of very high-intensity work and with IM training a whole lot more long-distance stuff at a much lower intensity. So again, mix it up but be specific

2. Work on technique. Would you like to go 0.5mph faster on the bike while exerting no-nada-zero additional effort? Do the math. That seemingly small increase in speed really adds up. I’m going to give you the best, by far the best, of advice I’ve ever received about this. We grow up learning to ride a bike by mashing down on the pedals on the front/downward part of the pedal stroke. Lots of triathletes still do the same.

3. Hydration and Nutrition. Whole books have been written on this but let me just say that, without taking in too many calories, remember…you’re like a pregnant woman. Huh? Yep, you’re eating for two. You’re taking in calories to fuel your cycling leg AND to set up a solid run. It’s easier to take in and digest calories while cycling compared to running. Proper hydration and nutrition must be nailed during your training and your B and C races if you’re going to nail the bike in your big race. I generally recommend approximately 200 calories/hour on the bike, understanding there are many factors that could cause that number to change. It’s a huge subject and not enough space here to deal with it… but man, is it important.

4. Preview the bike course. Doing bike route recon is extremely important if you’re going to kill that bike leg. I went to Burlington, VT to do Nationals in 2012, even though I was dealing with a minor injury, because I KNEW I was coming back the next year to nail it. Learning the course in ’12 served me well as the next year I aged up and won Nationals. I was able to train specifically because I knew the course. When the Omaha Triathlon launched in ’09, I did lots of time trials on the Olympic distance bike route until I knew every crack in the road. Served me well and I achieved my goal in that race. If it’s not possible to ride the route, at least drive it and look online for elevation profiles to be as prepared as possible.

5. Positive Self-Talk and Real-time Evaluation. Let’s say you have a terrible swim, feel lousy and don’t have your fastest T2. You hop on your steed and take off with tons of negative thoughts in your head. You will not kill the bike with negative thinking. I’ve written before in these blogs about the bad swims I’ve had in the two races where I won Nationals. I had to let go of the negative and replace it with positive, uplifting thoughts of gratitude. Do real-time evaluation while riding thinking about proper pacing and technique. Much more could be said here but you get the message. Nobody has a great bike leg while moping and sulking about negative stuff.

6. Buy speed…but realize…it comes down to the “engine.” I did my first tri on my steel, college 10 speed made in the ‘70s. I now ride, thanks to Bike Masters, a bike that is made and has, the highest tech stuff out there! You CAN buy (or rent or borrow) speed. A good bike fit. An aero helmet. A one-piece racing kit made for speed. An aero frame. Light race wheels. The list goes on and on and yes, this type of gear can make you go faster. Definitely. However, it often comes down to the engine. That’s right. Over the years, I’ve passed a lot of folks on the bike leg who were riding super-bikes that are $1,000-$5,000 more than the one I was riding. Develop the engine first, then worry about the super-cool gear.

These six things combined can cause you to totally kill the bike leg. Other factors come in, of course, like proper pacing so you still have good legs for the run, along with other concepts but…this is long enough. For many, September means the season is winding down. A long winter awaits so ride outside as long as possible then do some solid work this winter. Work on that bike! Hey Lance! It IS about the bike! 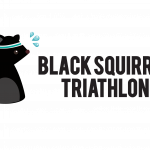 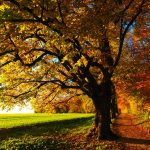 It’s Fall, So What Should I Be Doing?