There are curves in the road. Baseball pitchers throw curve-balls. There are women’s fitness centers called Curves. Competitive bodybuilders want lots of curves to define their bulging muscles. There is the slang definition of the word curve which is, “To curve someone is ‘to reject’ them, that is, veer away from their romantic interests and advances in an indirect, non-confrontational way.”

There are several curves when it comes to the sport of triathlon. There is a Learning Curve. Wow, that’s a big one. It’s a curve that is very steep for several years and then flattens out a bit, but never completely flatlines. Even for seasoned pros, with all the medical, physiological and technological advancements that come year by year, that learning curve never ends.

For the triathlete in his/her first few years of the sport, that curve can seem overwhelming at times. I remember being on vacation with my young family years ago in Panama City Beach, FL, and seeing billboards for, “The Gulf Coast Half-Ironman Triathlon.” Hmmmm…I thought that might be interesting to watch since it took place while we were there. A couple of days before the race, I went over to the expo to see what this was all about. I understood the running gear and lingo, but the swim, bike and combination of all three into one sport was, well, more than new to me.

I picked up a large, newspaper-like magazine called, Inside Triathlon. I took it back to our room and started reading it. About 90% of it was like reading Chinese. I had no idea what the articles were about nor did I have the definitions for tons of the terms, jargon and concepts discussed.

I got up early to watch the race and boy was it fascinating. Scott Tinley was racing along with Dave Scott. I got to talk to both of them after the race. In fact, Scott T. handed my 8-yr. old son his finishers medal. Super cool. I HAD to learn more about this.

We went back the next year for our annual spring vacation and I watched it again, learned more and then…the following year… (you know what’s coming) I had to DO the race. So, I did. In the two years since watching that first half-ironman, (and note, the 70.3 Ironman label had not been invented yet,) I’d done a few sprints and maybe an Olympic distance race and tried to learn as much as I could. But, part of the tri learning curve is only conquered by DOING the races. All the reading and watching in the world can’t compare to getting out there and learning by doing!

Looking back, I didn’t even know what I didn’t know. But, five hours and sixteen minutes later, I’d learned a lot. However, I’d only begun to climb that steep curve. 26 years later, I’m still learning. The learning curve is real. Hang in there. Read, watch videos, talk to others, etc., but most of all, race. Year by year, keep racing and that learning curve will start to lay down some.

Triathlon is a cumulative sport. A great triathlete isn’t born in a day or month or year. It takes years and years of swimming, biking, running, resistance/strength work and racing to build maximum cardio efficiency, sport-specific strength, muscle memory, etc. Most of the Ironman and ITU Champions are in their 30s and have been racing 15-20 years. It takes that long to max out your potential. If starting a bit later in life, don’t sweat it. You can keep improving all the way into your 50s and maybe 60s depending on when you started. Why? Two reasons. The first is what I’ve just referred to – the physiological improvement takes place gradually over the years but, it does take place. The second is that there is a ton of technique involved in this sport and your technique can always be improved, increasing your speed. That’s good news! So, keep training and your body WILL adapt! You WILL get faster and stronger.

The first tri I ever did I was SO intimidated! I mean, seriously…buff looking, super-fit people walking around, racking their expensive bikes, wearing the gear and talking-the-talk…confident swagger oozing out of every pore.  Man. I kind of wanted to get back in my car and just drive home. I was a scared newbie who felt like I’d just traveled to Mars. What was this planet about?? I felt like an idiot. Did I look like one? No idea. My only goal was to finish. I did. Then I did another race. Finished. Again. With each race, my confidence slowly grew. But that Confidence Curve is big just like the Learning Curve and Physiological Curve.

The keys to conquering these three curves are patience and consistency. Seriously. Be patient with your body and mind. Keep after it week by week and month by month. At times those “curves” will look as steep as the famous wall in Yosemite, El Capitan that Alex Honnold climbed with no ropes. (Did you see the movie Free Solo? If not, you must.) Yeah, that’s how steep the Learning, Physiological and Confidence Curves are. But, Alex did it! He scaled that baby. So, you too can scale the steep curves that await you in this amazing, wonderful sport called, triathlon! 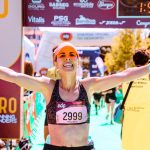 A New Challenge – Do You Need One? 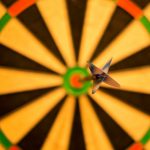