They’re coming. Just around the corner. Get ready! That’s right. Yesterday I was doing a 45-mile ride/eight-mile run, brick workout and as I was riding east on Bennington Road, I smelled something. I saw nothing. Zero. But the smell was unmistakable, as was the source. As soon as it hit my nostrils, I knew with certainty what was coming. Most likely dead and in the middle of the road. Yep. That black furry little creature with a white stripe down it’s back. And yes, dead.

2020 races have been like that, right? In a way? Dead, in that they’ve not been happening. But now, we can smell them. Maybe can’t see them, but we know they’re out there. (And THAT smell is WAY better than roadkill! Hmmm, maybe a bad analogy.)

Let’s try this instead. Like light at the end of a dark tunnel, we’re starting to gaze with hope. Hope that the elusive event called, “Racing” could actually be a thing again. If you look hard…yes, squint…see it? That light down the tunnel stands for races starting next month. Perhaps you’re not comfortable signing up and actually toeing the line or, maybe, you canNOT wait to set up your transition area and head for the water. Either way, they’re coming.

Just a bit of googling will give you a nice list of races that you can enter from July – October in the Omaha area and in this Midwest region. Race Directors are trying to figure out how to put on safe races according to the recently released USAT guidelines. It CAN be done and WILL be done, but it’ll be more work than usual and you’ll probably see some creative ideas implemented.

What can you do? Keep training. In fact, ramp it up in prep for these races. While doing that, sign up! Let the Directors know that you’re looking forward to hearing that air horn go off. Some Directors have races they’d like to do, but they’re on the bubble as it were, regarding actually holding them. Don’t be afraid to be in touch with these folks, letting them know your thoughts and questions.

So, train, google and sign up! Looking forward to seeing you out there! 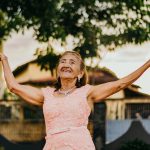 The Challenge of Aging 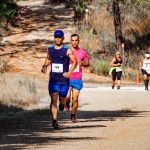