Cut me Mick, cut me.” Remember Mickey? How could we forget him? Rocky was fighting Apollo Creed, the World Champ, who was super-fast and an amazing boxer. Rocky’s face was a mess and his eye almost swollen shut towards the end of the fight. To relieve the swelling, Micky made a small cut so Rocky could see again.

This was a tough month. My 93-year young father spent three weeks in the hospital, came home for five days and then passed away. When you lose a father, you reflect. You remember. Not everyone gets a good father, let alone a great one. Mine was one of the greats. One of the last of a dying breed. The greatest generation. Right up to his last days, he’d always ask me, “Got any races coming up?” His short-term memory wasn’t that great towards the end. So, I’d answer him each time as if it were the first.

Dad was my Mickey and more. He was my mentor, my teacher, my coach, my example. He was always “in my corner.” He badly wanted me to succeed. He wasn’t an endurance athlete, but he rejoiced that God had given me a bit of natural ability and he knew I’d worked very hard to develop it. Sometimes, he’d ask, well, interesting questions. Once I got second overall in a race in St. Cloud, MN, by less than one second. True. Like, our finishing times were identical. We had to go to 1/10th of a second to see who had won. I came home and told dad about the race and how close it was. He simply asked, “Why didn’t you go a little faster?” Love it. Thanks, coach!

During the last five days that dad was at home on hospice care, I got to say everything we’d ever wanted to. I told him he was an amazing dad and I was one of the most blessed men on the planet to have him as my father. He indeed was my Mickey and I got to thank him.

We don’t always get the opportunity to do that or, sometimes we just don’t take it. The point of this blog post is to take it. Think about who is in your corner and thank them. Might be your bike mechanic, your training partner or your coach. Might be someone on your tri team, your physical therapist or your chiropractor. It might be a brother or sister, a son or daughter or your spouse or significant other. It might be that business that gives you a discount on gear or your bike shop who wants you to succeed. Or, it might be your mom and/or dad.

The following was the best day of my whole racing life:

It was August of 2017. The USA Triathlon National Championships were coming to Omaha. I’d aged up that February and was the “young” guy in the 60-64 age group. My parents were 86 and 90. That whole year I trained as hard or harder than I ever had. Mom and Dad were going to be in the VIP tent right at the finish line…at Nationals…in Omaha…home course advantage. More than any other race up to that point, in my 23 years of multi-sport racing, I wanted to win. They had invested so much in me during my 60 years, I wanted to honor them by dedicating the race to them and then, winning a National Championship right in front of their eyes. I’d lost weight down to my leanest, fastest weight. I felt ready. But…

I came out of the water in 10th place, 2:30 behind. I knew that at a race as fast as Nationals, I’d probably blown it already. I felt like Rocky who’d just taken a six-punch combination from Apollo and was headed for the canvas.

I thought of those in my corner, whom I felt like I was letting down. The roads were wet from rain, making the bike course slippery and dangerous. I had to throw caution to the wind and ride fearlessly. After all, Mom and Dad were at the finish…waiting.

I came off the bike and into T2 in third place, 90 seconds back from the leaders. That’s a lot of time to make up in a 5K at a National Championship race. Really, pretty impossible. But I couldn’t give anything less than 110% cause Mom and Dad were watching and waiting. The run was a simple out and back and the only wave to go before my wave was the 25-29 group. It was pretty easy to tell during that run who was in my age group and who was in the younger group.

I ran hard. Really hard. I think I averaged 6:20s for that run. I passed one guy at the one-mile mark. OK, one more to go… As I headed towards the turn-around, two things were on my mind – how far back I was from the leader, and, Mom and Dad. They were 1.5 miles from away from me and I wanted them to be proud. It was so strange to see the turn-around point, watching those who’d turned and were heading for home, running back past me…and not see anyone in my age group.

I figured I’d missed the leader somehow, or, that he was so far ahead I hadn’t started looking early enough. I started rehearsing my speech to my folks. I felt disappointment rising like a tidal wave inside of me. “I really tried hard. I went as fast as I could. I’m so sorry I didn’t win this for you.” Rehearsal. I knew they’d be proud, but I’d be disappointed and they’d feel really bad for me.

As I hit the red carpet with about 25 yards to go, I saw my wife and kids and lots of my friends cheering like crazy. Mom and Dad were on the left side, just short of the actual finish line. Getting second would have to be good enough, but I still ran for all I was worth down that final human gauntlet, past my parents to the line. Then, I heard, “Let’s welcome our 60-64 National Champion, Lincoln Murdoch to the line! Congratulations Lincoln.” I’d miscounted. I’d won.

Who’s in your corner? List them. I challenge you to text them, call them, write them or do what’s best – talk to them in person. Let them know what they mean to you. Let them know how much their encouragement and help has motivated you to reach for the sky. Every day is a gift. I’m so thankful I got to say everything to my father that I wanted to. But, there is no guarantee of that. Make the most of every day and be sure to express your love and appreciation to all the “Mickeys” in your life. You couldn’t do what you do without them. 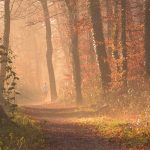 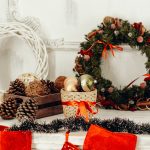 The Most Dangerous Time Of The Year