One time I…Don’t do that!

As we head into our biggest race of the season, the Omaha Triathlon, I thought everyone might appreciate some race day tips with just a little bit of humor. Enjoy!

One time I…drove 180 miles to a race on the other side of Des Moines to discover I’d left my gear bag in my garage with absolute essentials in it. Don’t do that.

One time I…ran off the run course down into some brush because nature was calling and, after taking care of business, discovered my legs were on fire due to the stinging nettle bushes I’d smashed through. Don’t do that. (Ran the rest of the 13.1 miles with a three-alarm fire from my upper quads down.)

One time I…during the run, picked up white pills off the ground that someone had dropped and, hoping they were electrolyte caps I ate them because it was an Ironman for Pete’s sake! Don’t do that. (They WERE electrolyte tabs – thank goodness.)

One time I…heard something flapping in the wind as I started the bike leg and discovered I didn’t take off my speed suit in T1. Don’t do that.

One time I…made a turn on a bike course in a race I’d done three times before, four blocks before the real turn and kept going for a while ‘til I realized my mistake, moving me from top 4th to 16th place. Don’t do that.

One time (actually many times) I…went out way too hard at the beginning of the swim and absolutely, positively could NOT breath…at all and thought I would die/drown right there. Don’t do that.

One time I…seeded myself way too far forward in a huge race as the swim was ready to start and I got creamed, ran into, smacked, clubbed, swam on, pushed under, kicked, etc. the first five minutes of the race. Don’t do that.

One time I…ran into transition and could NOT find my bike…no matter how hard I looked. Don’t do that. (It was Worlds in Germany and there were 3,000 bikes lined up over a three-block area. It was the l line of bikes I’ve ever seen!)

One time I…pulled up alongside a TV celebrity in an Ironman race and started chatting saying, “Hey, you’re so-and-so right? I’ve seen you on TV.” Ended up with a drafting penalty for riding side by side. Don’t do that.

One time I…came out of an IM Aid Station worked by friends of mine who wanted to encourage me so they ran alongside me for a couple of minutes. I got a penalty for “Illegal Assistance.” Don’t let friends do that.

One time I…got to the top of a big hill and as soon as I got there, I backed way off on the intensity and eased up to recover. Don’t do that. (Keep the same intensity going for about 30 yds, AFTER cresting the hill and you’ll gain time on your competitors, because 99% of them will back off right at the top to recover.)

One time I…stood up on my bike going up a hill when I should have stayed seated. Don’t do that.

One time I…stayed seated when I should have stood up going up a hill on my bike. Don’t do that.

One time I…confused my friends by making two statements that seemed contradictory. Don’t do that.

One time I…was down at swim start and it was time for my wave to go, so I tried putting my goggles on only to discover I still had my glasses on. Had to sprint back to transition to leave them there and sprint back in time for my start. Don’t do that. You might drown.

One time I…left my wetsuit hanging on the bike rack after the race only to discover two hours later I didn’t have it. Of course, it was nowhere to be found when I went back. Don’t do that.

One time I…purposely did not wear goggles during the swim. Don’t do that…unless you know you’re going to side-stroke the whole 1,000yard swim distance with your head out of the water ‘cause you can’t freestyle.

One time I…never mind. That’s enough for now. Sometimes I write too much. Don’t do that. 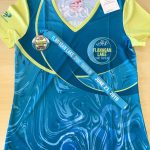